The United States Department of Energy (DOE) is extending the funding to Caltech's Light-Material Interactions in Energy Conversion (LMI) program, one of 32 Energy Frontier Research Centers (EFRCs) nationwide that will receive a combined $100 million over the next four years to pursue innovative energy research. The LMI-EFRC is directed by Harry Atwater, the Howard Hughes Professor of Applied Physics and Materials Science, and is a collaborative partnership of researchers in photonics (the generation, manipulation, and detection of light) at Caltech, Lawrence Berkeley National Laboratory, the University of Illinois at Urbana-Champaign, Stanford University, and Harvard University. The new funding to the LMI-EFRC is $15.2 million over a period of four years. During its first funding period, among other accomplishments, the LMI-EFRC fabricated complex three-dimensional photonic nanostructure and light absorbers; created a solar cell with world-record-breaking efficiency; and developed the printing-based mechanical assembly of microscale solar cells.  [Caltech Press Release] 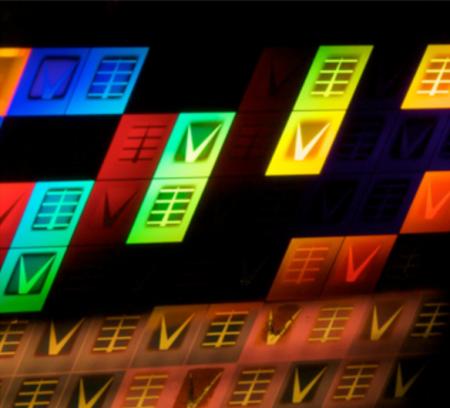